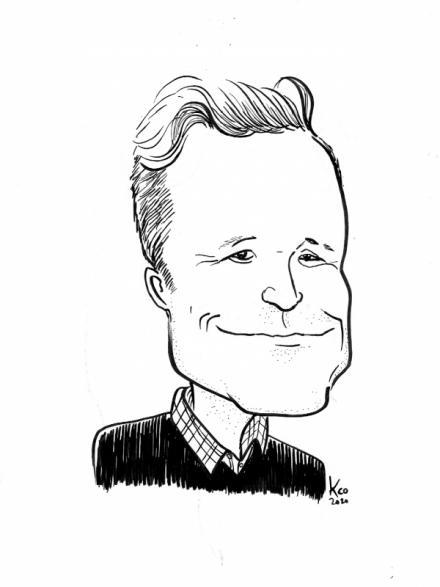 Brendan is originally from Oregon, but more than a decade ago, he travelled to Paris to be an English teacher. Problem is, once you're in Paris, you can't help but being introduced to wine - and if you have the bug, you're gonna get hooked. Brendan did, and once he tasted the wines from Romain Guiberteau in Saumur, he knew he would eventually have to quit his day job and start working with wine. In the beginning he was mostly doing sales and business, but he kept harassing winemakers in and around Saumur for an internship, and in the end Romain himself gave in, and Brendan began his appretinceship at his favorite domaine alongside studying winemaking. Brendan has since become Romain's right-hand-guy, and in 2015 Romain offered Brendan the chance to make wine from 1 hectare of a vineyard called 'Chapaudaises' (again, after being harassed by Brendan!)

The result may be the most precise and convincing first vintages from a "newbie" you'd ever taste. The wine is a white Saumur, and Brendan harvests a few days earlier than Romain, as he likes his Chenin squeaky crisp and lean, but with minerality and richness to back it up. "I really only have a window of three days to harvest Chenin Blanc", Brandan told us when he visited last time. Too early and the grapes are under-ripe, too late and Chenin begins to develop too many notes of oxidized apples - something Brendan doen't like so much. He also doesn't care for the taste of new oak (something which Romain's wines see a bit of, depending on the cuvée), but it does age in old, neutral barrels for 18 months, which smoothen a bit of the slap-in-your-face precision (in a good way, of course!) of the wine. A real rising star in an already star-spangled area!